So you have your finished song fresh from the studio, it has been played on a number of radio stations, and received great reviews, so now it’s time to kick it up a notch and do the video clip. A video clip that will put your song up there on the charts alongside all the other great artists who you have admired and tried in your own way to aspire to or even emulate. So what does it take to get a video clip created, shot and presented to a TV station for its music video program?

There are a number of stages that come with this kind of project, and although there is plenty of literature around on the net and in libraries on how to shoot a video, which will deal with the nuts and bolts of operating the camera, it is another thing entirely to create a theatrical representation of your song.

The point being that it is, a theatrical representation. I cannot stress enough and have done so with many of my clients over the years that making a music video clip can be like letting the genie out of the bottle. It can take on a life of its own and along the way become one of the most satisfying artistic ventures of your life or it can drive you to despair with its insane demands.

Ok let’s look at the process for a moment before we dive into the deep water of creative interpretation. Essentially when all relevant parties have been satisfied that this is the next logical step in the artist or bands career, that being the manager, artist/band, record label, and other financing stake holders, the first port of call is to find a producer, who sorts out the funding and distribution of the project. Essentially it is their job to find the money for and to make the money from the video. These kinds of ventures can run from hundreds of dollars to thousands of dollars, so you really need to have this question answered clearly. If you are a signed artist or band then the problem of funding will be a matter for the record labels policy on its budget for these kinds of projects, but if you are an independent looking to heighten your record/cd/web based sales, then it is entirely another matter.

Ok, so money drives everything and although that is no surprise, what really counts in this matter is unfortunately that money is going to directly affect what ends up on the screen.

This is because the list of people and equipment that will be needed to make this video could be as long as your arm, or as short as the two fingers holding the camera.

The first decision that will have to be made is who is calling the shots, who will oversee that whole project and has the approval of all those concerned. This generally ends up being the producers role and it their job to co-ordinate all the different aspects of the process from finding the film director, sourcing the equipment and crews, finding locations, actors/actresses, feeding and supplying all the relevant parties for the shoot and generally making sure the director gets what he or she needs to do their job.

The director is an entirely different situation. They are in charge of the creative content for the job and it is their mental vision that they will be trying to capture to promote your song. This is where it can get to be very difficult if the budget, the artistic interpretation and the band don’t see eye to eye. Now I need to be very clear here. If you are the artist or a member of the band, you are not the director. If you are the guy holding the cheque book, you are not the director, if you are the recording studio representative or the record label representative, you are not the director. I think you get where this is going. The director is in sole charge of the creative interpretation and vision for the video. Period. That’s why he/she was hired in the first place. This doesn’t mean that compromise and consultation are ruled out, in fact many ideas and images will be examined in light of interpreting the song, but on the set and in the rehearsal and boardroom, the director is kind of like God. There are good reasons for this and sadly there are plenty of reasons why we wish it were not so. Having occupied a number of roles in this industry as producer, director, camera man, sound recordist (Foley) lighting director and a few other roles I can say with absolute certainty that being a director is the single most demanding job I this industry and you are a master at the art of compromise. But don’t be too surprised when a line is drawn in the sand and nothing gets past that. Sadly I have seen too many watered down versions of the original vision ending up on the screen and it has always been a disappointment.

So once the director’s vision has been shared, scripted and dissected by all and sundry, the resources purchased and procured, the location scouted and confirmed, the artist or band prepared, assembled and coached, we get to the long awaited production day and a special kind of hell is visited on all concerned.

Without going into a blow by blow explanation for the recording process of making a music video, briefly may I say that for those who have never experienced such an event it can be incredibly exhilarating, tiring, emotional, confusing, confronting and just a downright pain in the posterior.

I guess what I really want to share here is that at the end of the day, apart from the artists and or the band, not many people are prepared for or used to this kind of repetitive mind numbing action. But this is the nature of video/film work. In fact it tends to be a well disguised aspect of most film work.

A section of the song may require an actress or actor to repeat a particular action a number of times exactly the same way, cameras and lights will need to be reset for each take depending on how many are being used and so it goes. There will be constant shouted direction from the director, the song will be played in different order from the original and the sound and camera guy/s will be answering calls from different people and then of course the makeup specialists too… Now this is just one way a video clip can be made, using fairly conventional techniques and procedures. Ok so that’s at one end of the spectrum where big budgets and name artists who can give that kind of time and money to this kind of shoot live, work and play.

However even the mini to micro budget shoots are going to carry similar or same expectations and activities. From the guy who sets up a camera with guitar in hand and walks around taking shots at different locations for each verse of the song, to the band that gets a mate to walk around at a gig and video’s them performing their song, or to the person who straps a go pro to their head and goes for a ski down a snowy mountain, each of those scenarios require more or less that same thing. Some thought going into how you want the song to look, who you want in front of the camera and how long is it going to take to get all the footage that you need to edit together to make the story of your song.

This brings me to the question of dealing with the narrative of the vision. In this area alone I could probably spend the short part of an epistle in time and effort. Needless to say the director or the artist will decide if the vision is going to support the concepts that are sung about in the song or if there will be artistic interpretation brought to the vision of the song, and then it gets scary.

By that I mean, every song will mean something different to the listener, it will evoke memories of places and people that will range from bitter too sweet to emotions that will have you going all over the place. With that understanding, crafting a series of moving life like visions that interpret or represent the content and emotion of the song becomes a very personal journey and should be viewed with respect and integrity. After all, the inspiration and emotion that went into the making of the song should also be represented in the vision for the song. Images create emotional response, music is directly linked to emotional response, understanding that dynamic will give context to the concepts and images that the director will make and use to portray the music and content of the song. Well, that’s my view anyway.

So the shoot is finished and the footage is now in the hands of the film editor or a trusted friend who has a home editing suite on his laptop/desktop and then we wait to see how the music we have laboured and sweated over is brought life with the vision that has been so painstakingly captured and reproduced for the audience.

I won’t go into the nuts and bolts of editing other than to say that it is a topic all on its own and doesn’t really feature here other than to say that many a director has had an interesting discussions with their editors on shot selection and placement and the use or not, of specific technology or effects.

Again depending on the budget, the finished vision will be dictated by how much money was spent on the production side and how much money will be spent in the editing suite to complete the clip.

It may seem quite surreal when you consider that days and weeks’ worth of effort will be dedicated to 3 to 5 minutes of vision for a single song and that so many people and ridiculous levels of technology and equipment can be brought to bear on those few short minutes. If ever the analogy of an iceberg were to be used to represent this event it would be quite appropriate in this situation. The work and effort that goes into making a few minutes of vision accompanied by your song is phenomenal in the professional sense of the situation. And again for the mini to micro budget shoots the same principals apply.

So now we have out Music video hot off the DVD burner and or posted on the bands u-tube account. What happens next. Again this is a question of understanding what marketing avenues are available or have been pre-determined to be used by management for the distribution of the video. Remember ultimately the purpose of the video is to market the artist or bands’ name and increase awareness and sales potential for the song or the album on which the song will be found. The full context of a video clip is actually a small part of a much bigger picture, because it is about marketing a product for the benefit of the artists and all those who have gathered to enjoy the spoils of their creativity and hard work.

How To Protect Your Fans From Scams 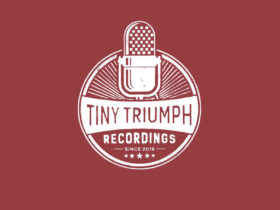 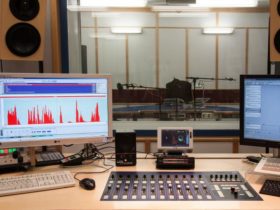 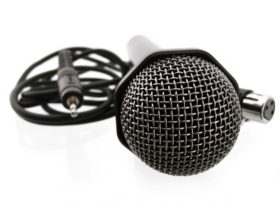